A federal appeals court in Chicago recently ruled that Builders Bank could move forward with a lawsuit against the FDIC challenging the bank’s CAMELS rating. Although the decision noted the uphill battle of challenging regulators’ CAMELS ratings in court, it opens the door to such suits by finding that banks may have the right to challenge all but the capital portion of the CAMELS rating.

Builders Bank of Chicago is a state nonmember bank, regulated by the FDIC. Following the bank’s 2016 on-site exam, the FDIC assigned the bank a CAMELS rating of 4, which would make it a “problem bank” in the eyes of the regulators. The bank disagreed with the CAMELS rating and sued the FDIC in federal court. The district court dismissed the lawsuit, finding that it lacked jurisdiction to consider discretionary rulings of the FDIC such as CAMELS ratings. Builders Bank appealed to the U.S. Court of Appeals for the Seventh Circuit in Chicago.

To illustrate its point, the court provided the following hypothetical example:

Suppose the FDIC’s team of examiners were to conclude that the Bank had adequate capital deserving a rating of 1 but that other components were unfavorable, leading to an overall rating of 4. The examiners may be right or wrong about those other issues, but a district court could ask whether the FDIC’s final rating was arbitrary, or supported by substantial evidence, without making any inroad on the agency’s discretion to evaluate a bank’s capital adequacy.

Based on this analysis, the appeals court sent the case back to the district court to determine whether the FDIC’s ratings were arbitrary or unsupported with regard to the five components of the CAMELS rating other than capital.

As this ruling illustrates, a bank may be able to take its regulator to court if the bank disagrees with its CAMELS rating. But other parts of the courts decision make clear that banks still face an uphill battle. For instance, the court noted that a CAMELS rating may not be a “final administrative decision,” which is required under the law before a party can appeal to the courts. The bank also did not first appeal its rating to the FDIC’s review board, which is usually required before appealing to the courts. Since the FDIC did not make these arguments in this case, the court allowed the suit to proceed. Finally, it is always difficult to challenge discretionary action by an administrative board such as the FDIC, as the courts tend to give such agencies deference. Nevertheless, the Builders Bank case at least opens the door to review by the courts when regulators assign arbitrary or unsupported CAMELS ratings. 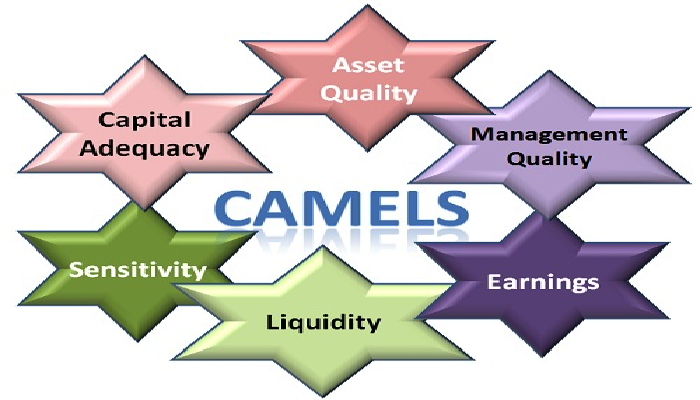 This blog is a resource where community bankers can find timely information about legal issues affecting their business, including recent regulatory and enforcement issues. The author, Tyler Bexley, is a commercial litigator and regularly represents banks and their officers and directors in litigation, regulatory enforcement proceedings, and other commercial disputes. Read more